Moa are New Zealand’s biggest independent brewer, holding approximately 10% market share. Although enjoying reasonable growth over the years, the problem was that since Moa launched the market has become increasingly competitive and the line between premium and craft beer is blurring.

The brief was to evolve the Moa brand; reposition it from a bit tired, to revived and relevant. Bring clarity to what they stand for, add some attitude, and help it stay with the pace of the NZ Craft industry. It was important to retain existing Moa drinkers while also attracting future craft beer drinkers.

The rebrand needed to reflect Moa’s core values of craft, distinction, the great NZ outdoors, and their heritage (one of NZ’s original craft beers).

No one really knows much about the legendary bird the Moa. It’s not just a wimpy bird that was hunted to extinction, it’s a proud and fierce symbol of New Zealand history, so we worked closely with an illustrator to capture the Moa in it’s right light. Evolving Moa to capture energy and spirit.

To re-stake their claim on the craft beer market, we changed their name from ‘Moa’ to ‘Moa Brewing Co’ and created a bespoke mast-head logo which adorns a curve to maximise its impact on the pack and create a legacy mark.

The major component and output of the Moa rebrand was new packaging. Anyone that has stood in the supermarket recently will have experienced the feeling of bamboozlement; trying to decide which beer to buy in the kaleidoscopic explosion of can art adorning the fridge shelves. It’s hard to know which brewery owns which can.

Our packaging solution was a response to this noise – we wanted to simplify the experience, create clear distinction with a timeless design, and implement bold colour blocking. Each variant utilises a single colour; the most economical form of printing. When multiple boxes are stacked, they become billboards for each variant demanding attention.

The rebrand coincided with a move solely to cans, given their vast environmental benefits over glass. This was communicated through iconography and storytelling on pack.

The Moa rebrand has been a huge success; their sales are better than ever, they’ve managed to retain existing customers, while also gaining new drinkers. The new direction has clarified who they are and what they stand for. 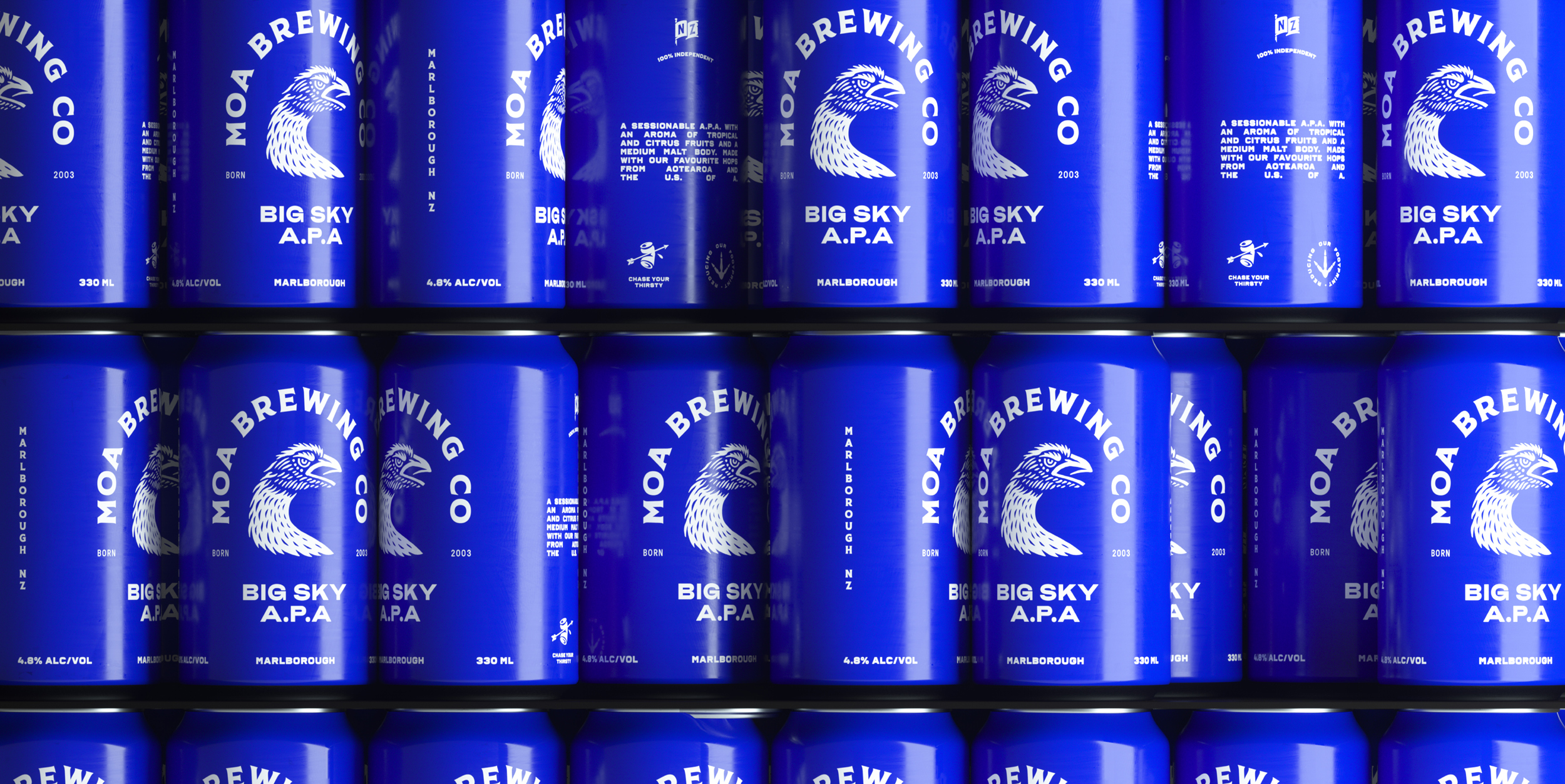 Moa Brewing Co
Brand Identity
Moa are New Zealand's largest independent brewer, and one of the country's original craft beer brands. However in a saturated market, they were starting to lose relevance. We evolved the brand from tired, to revived and relevant, and better aligned them with their core values of craft, distinction, heritage and the great NZ outdoors.
Read more → 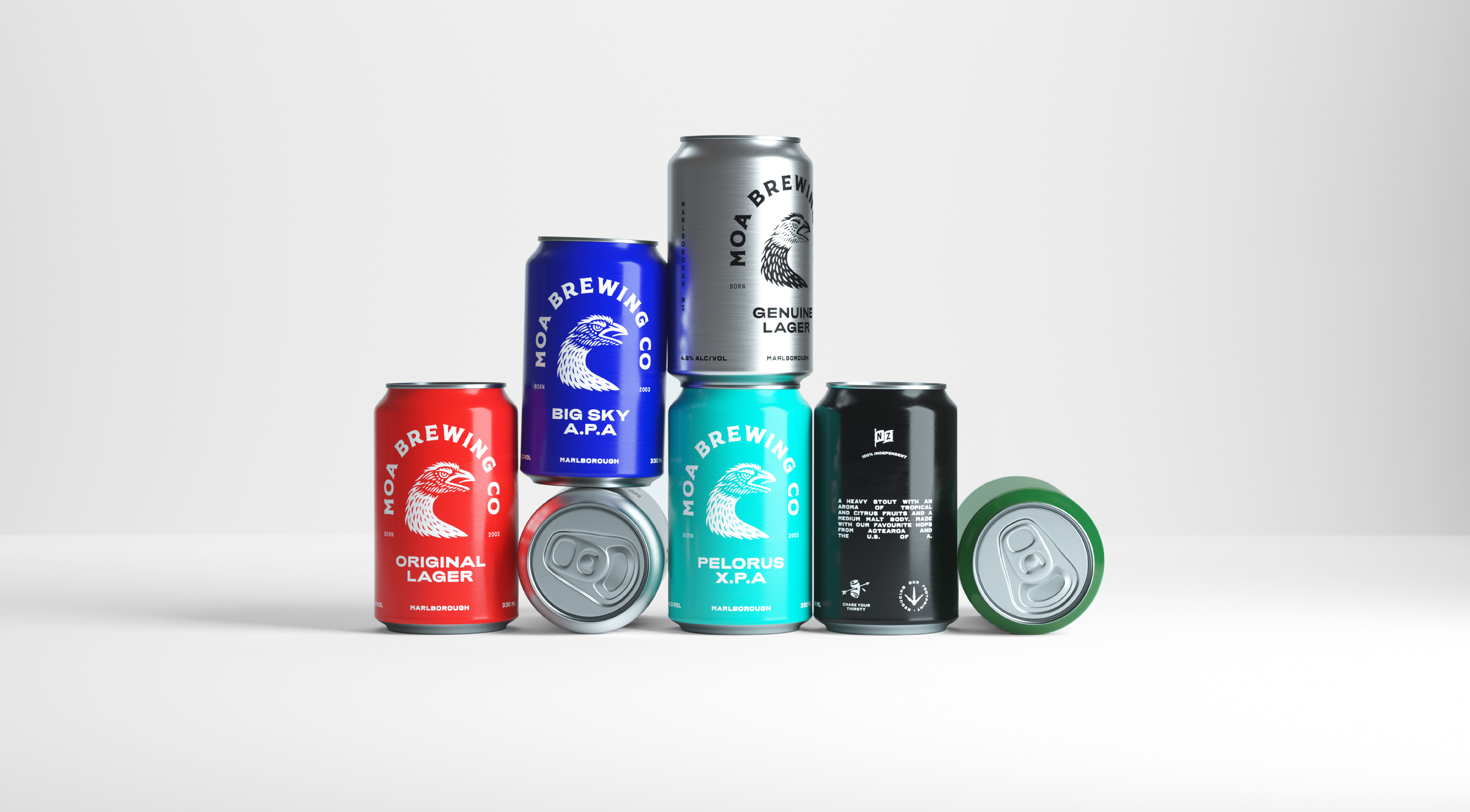 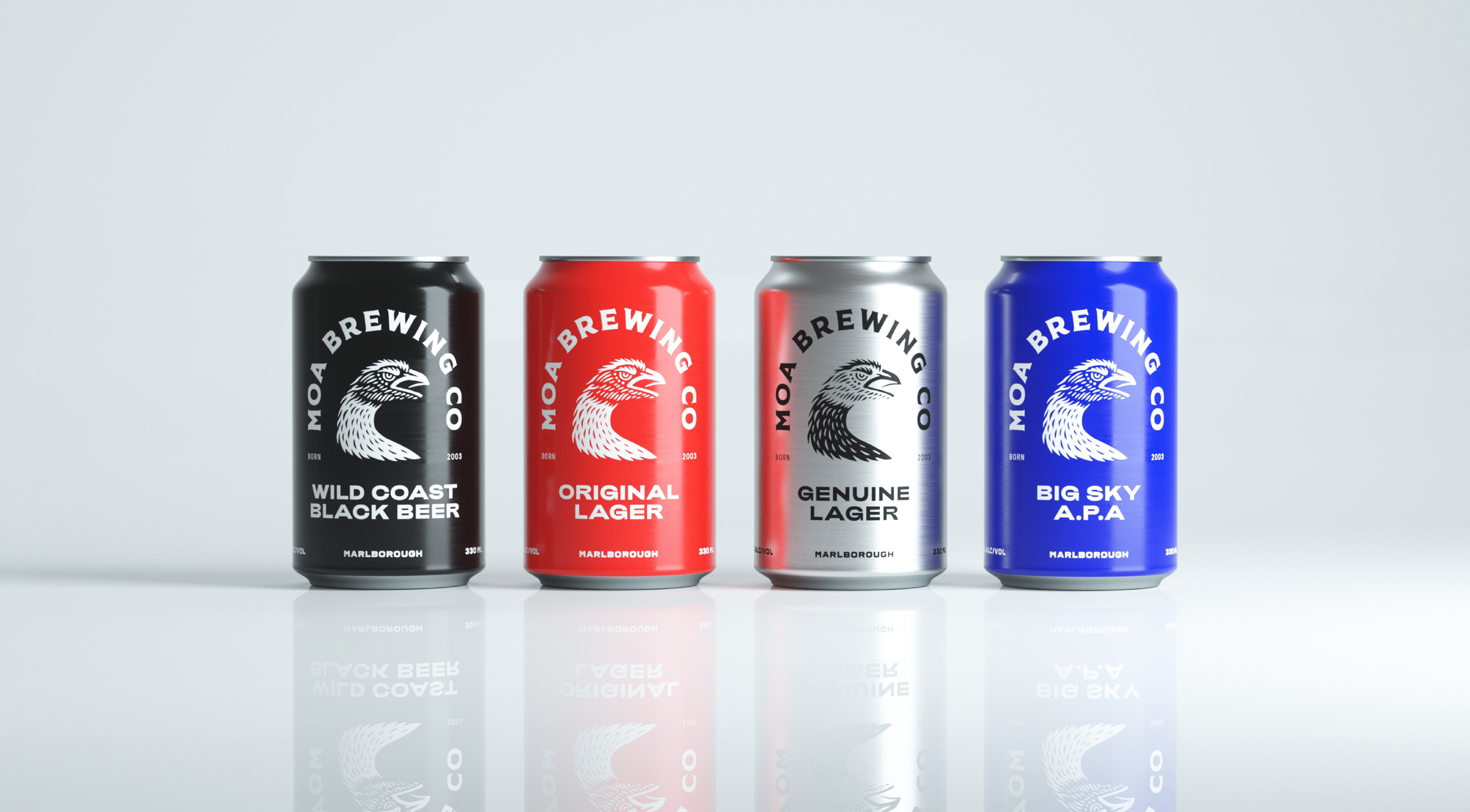 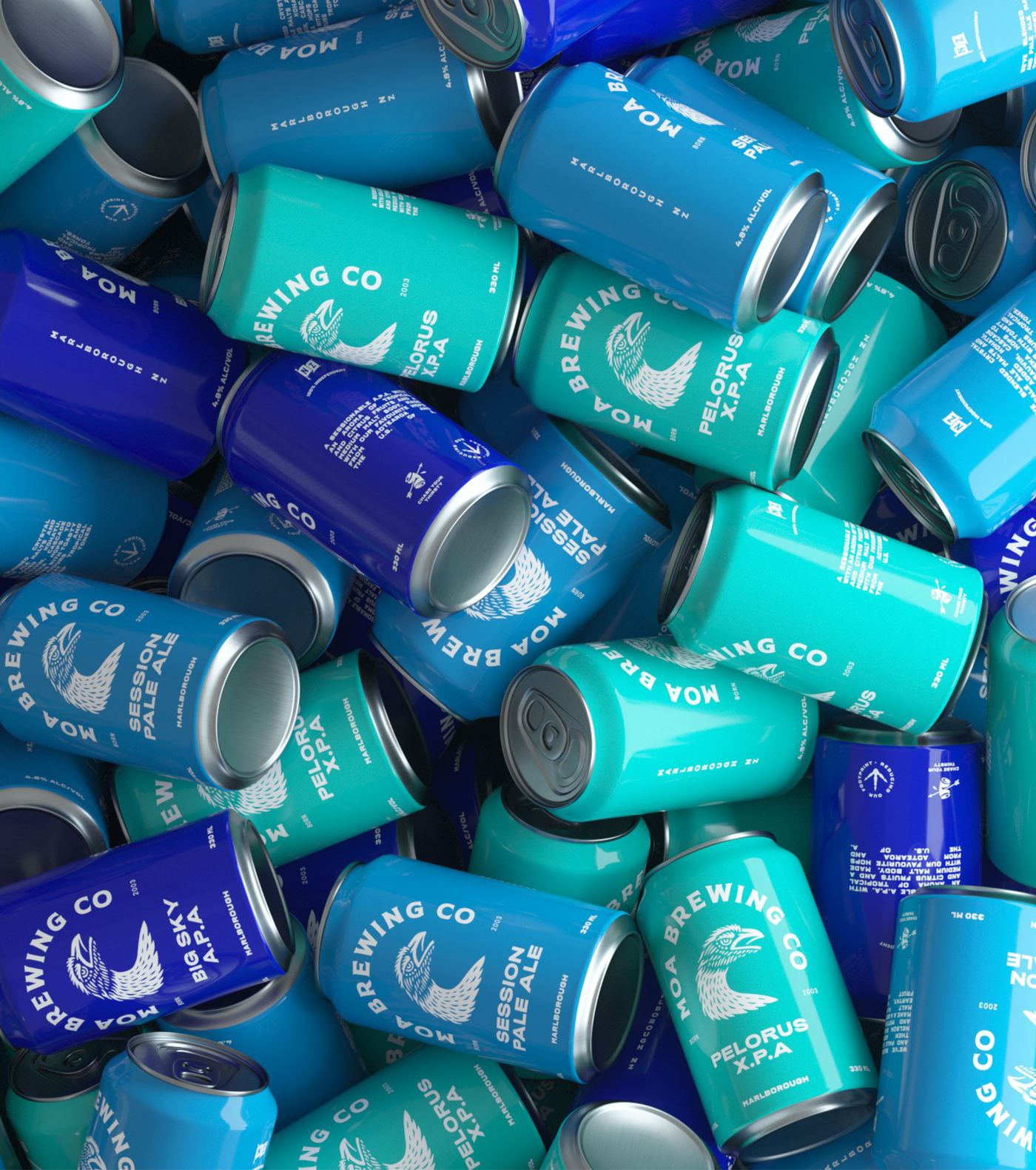 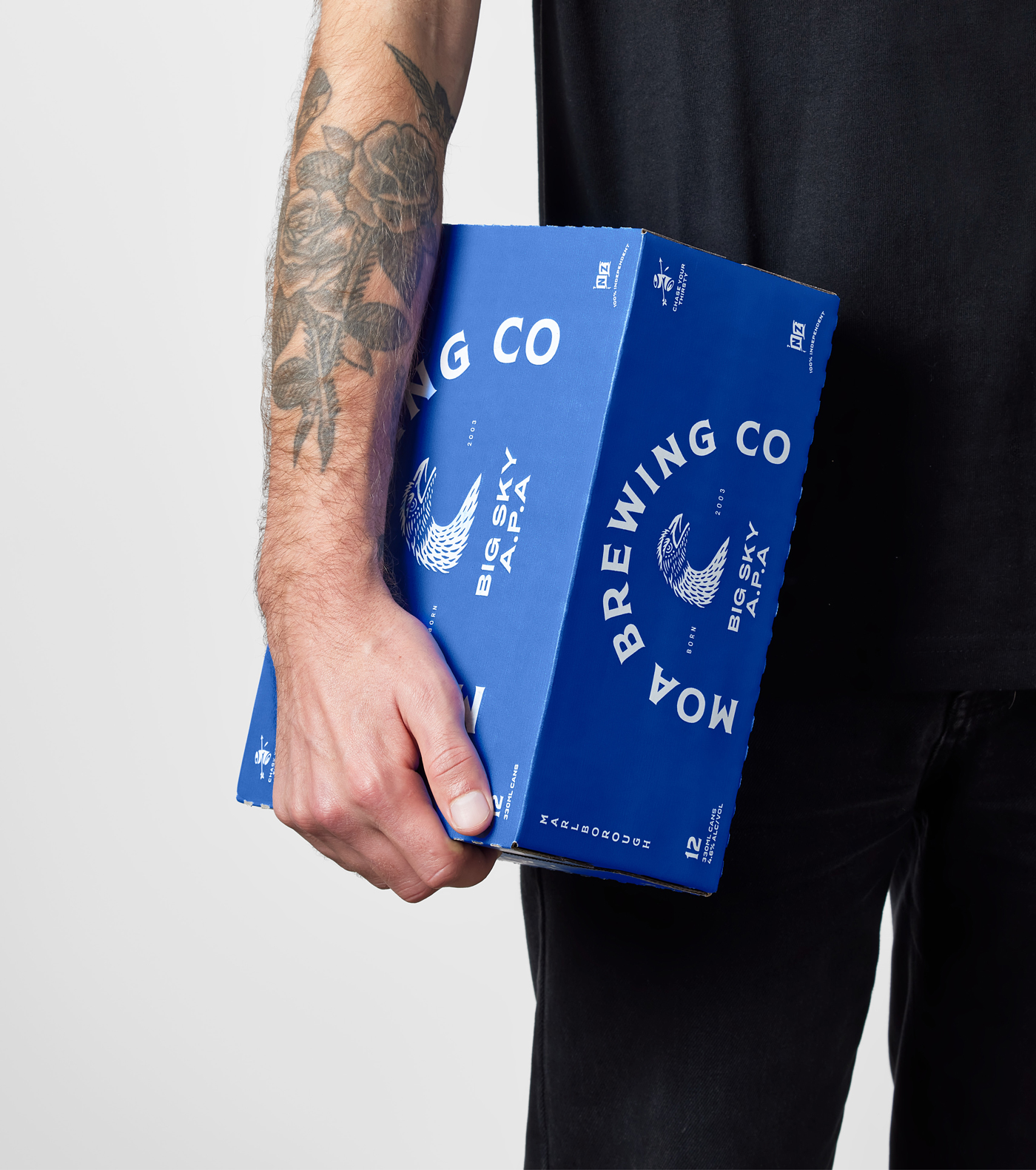 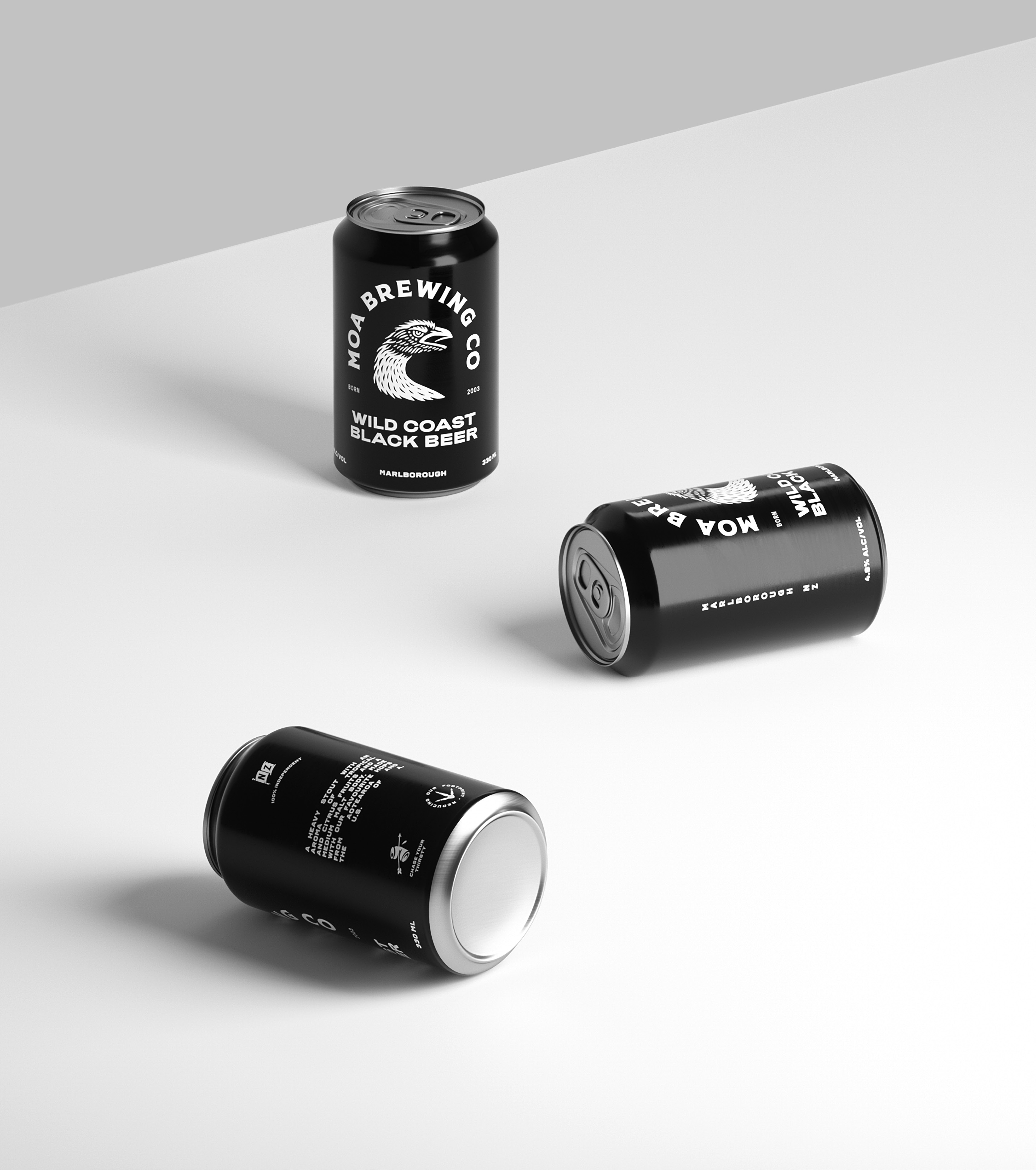 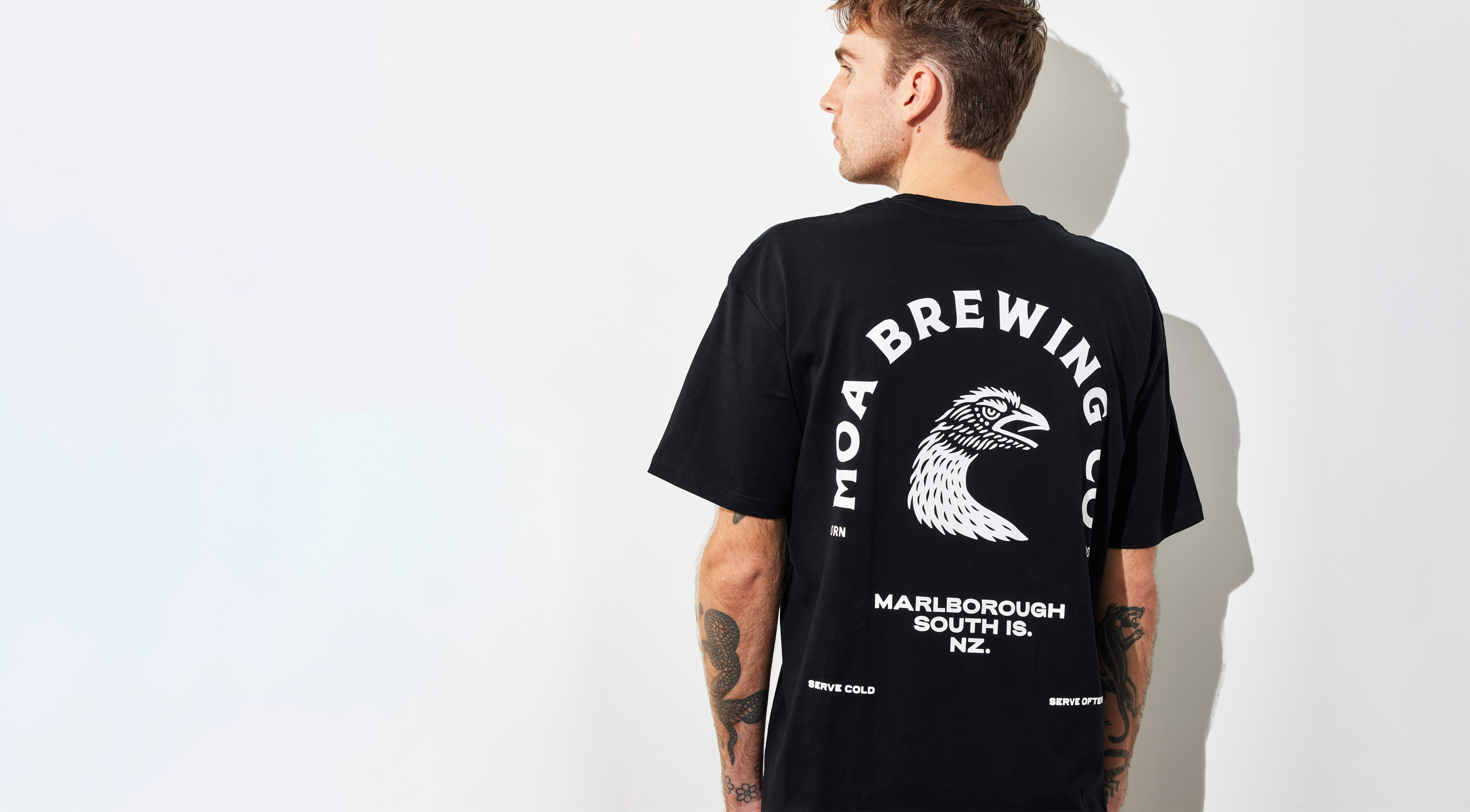 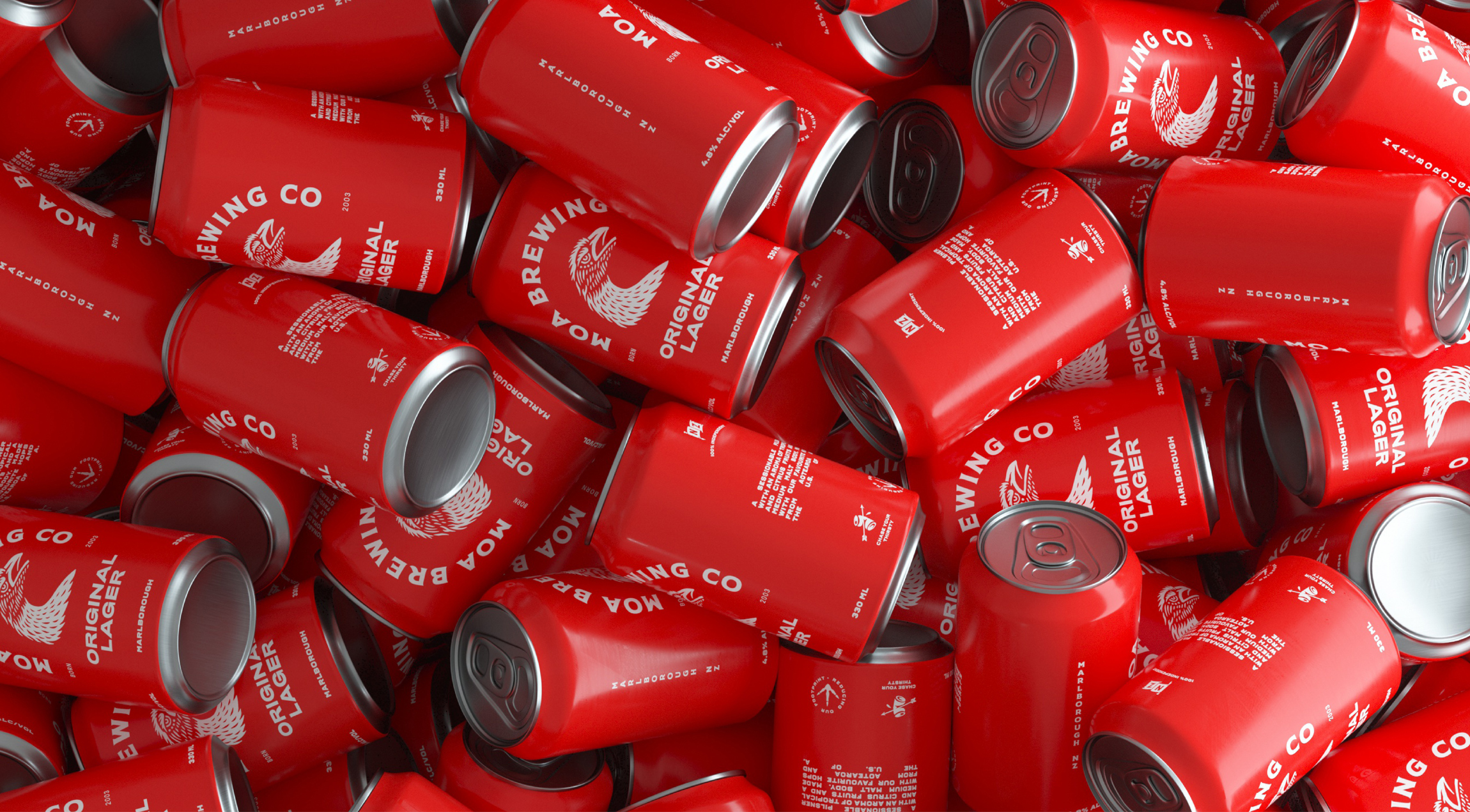 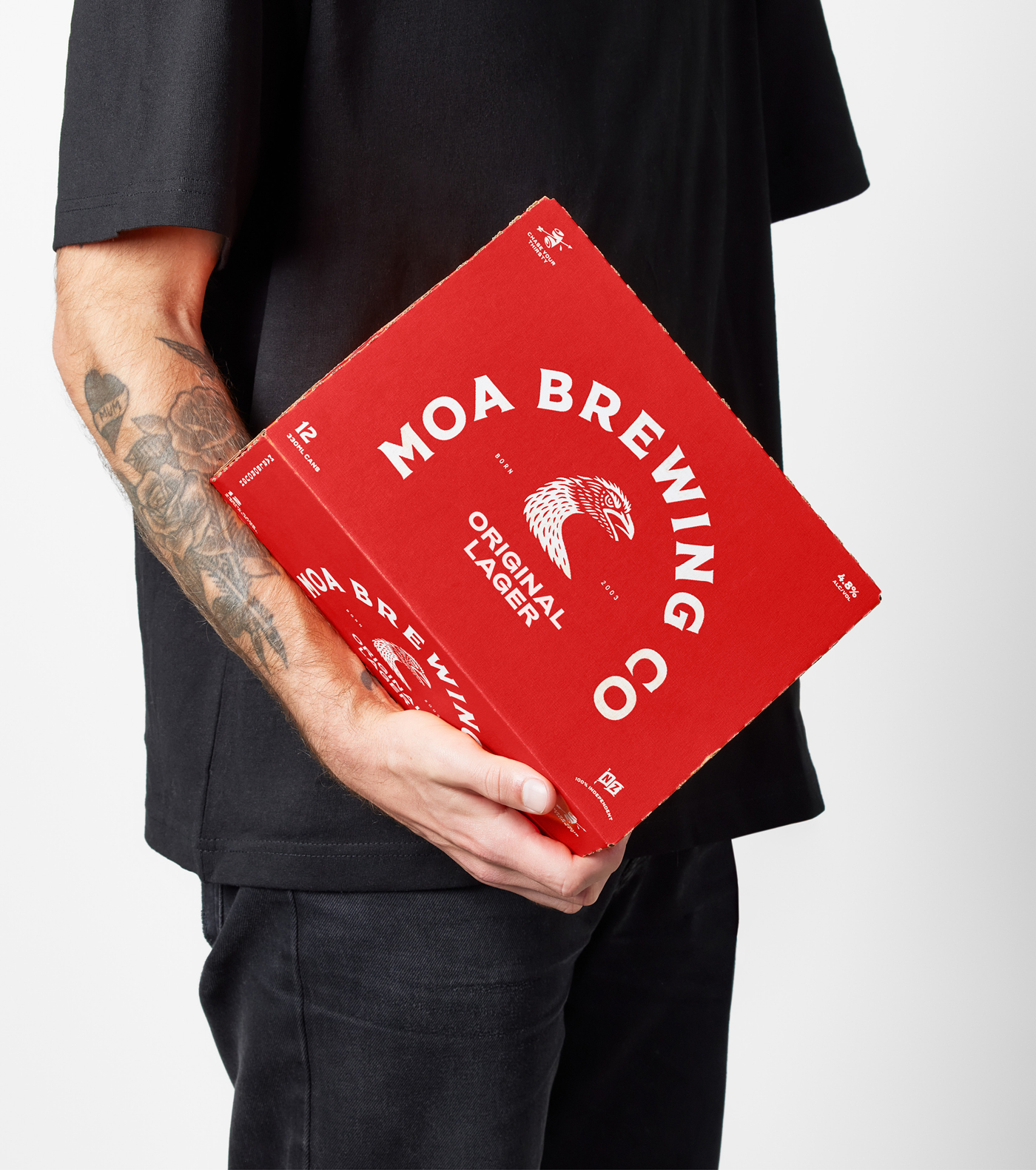 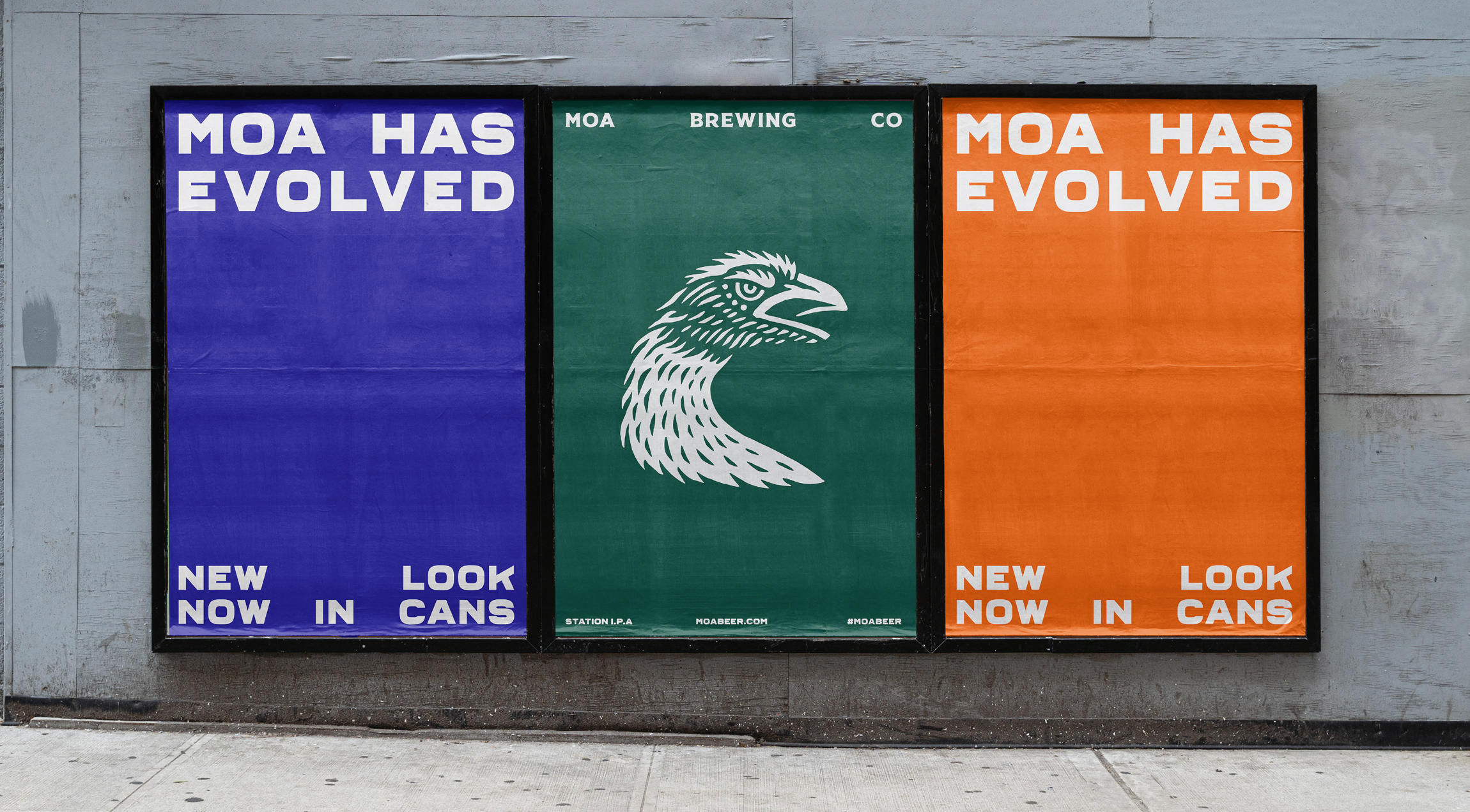 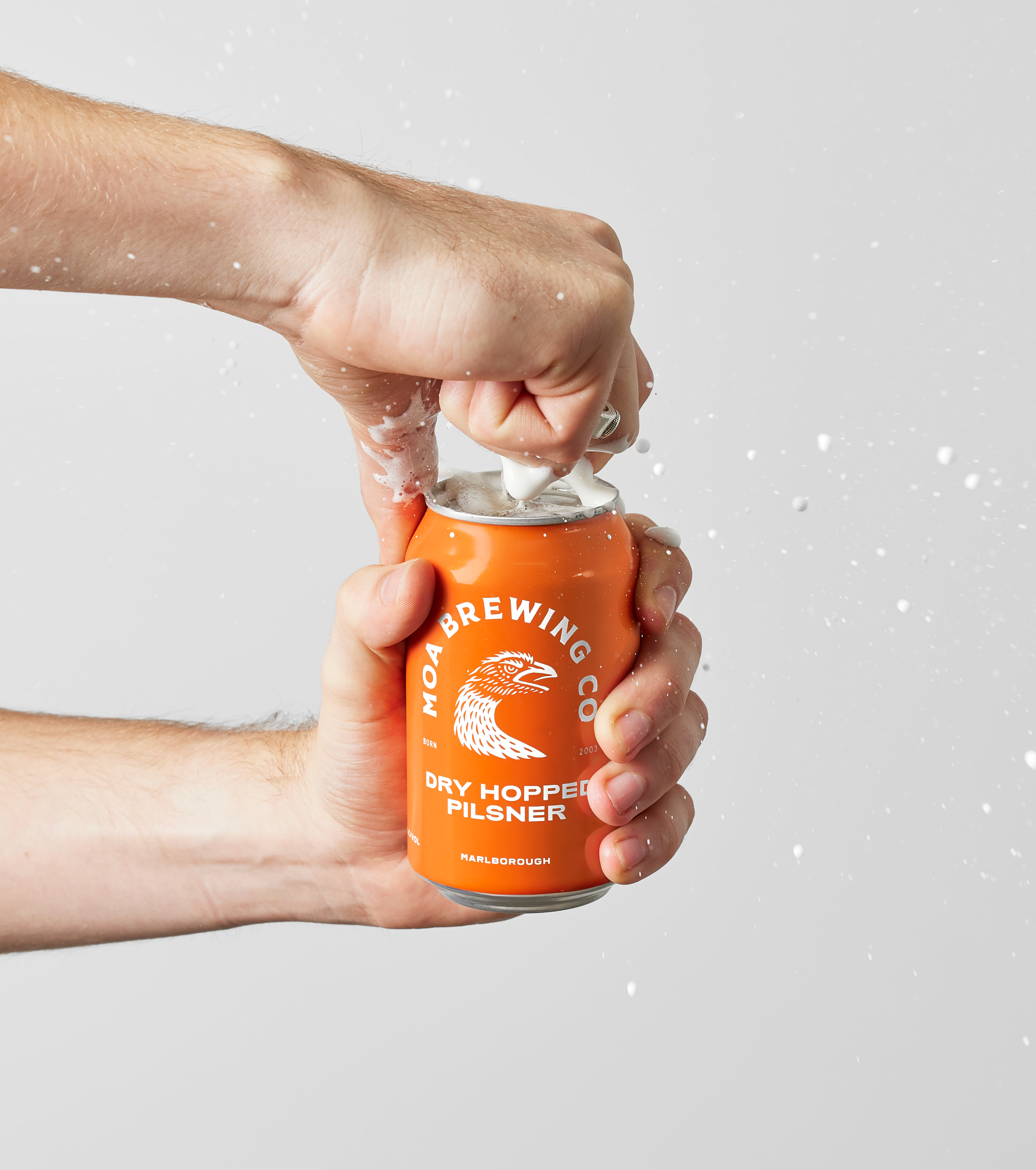 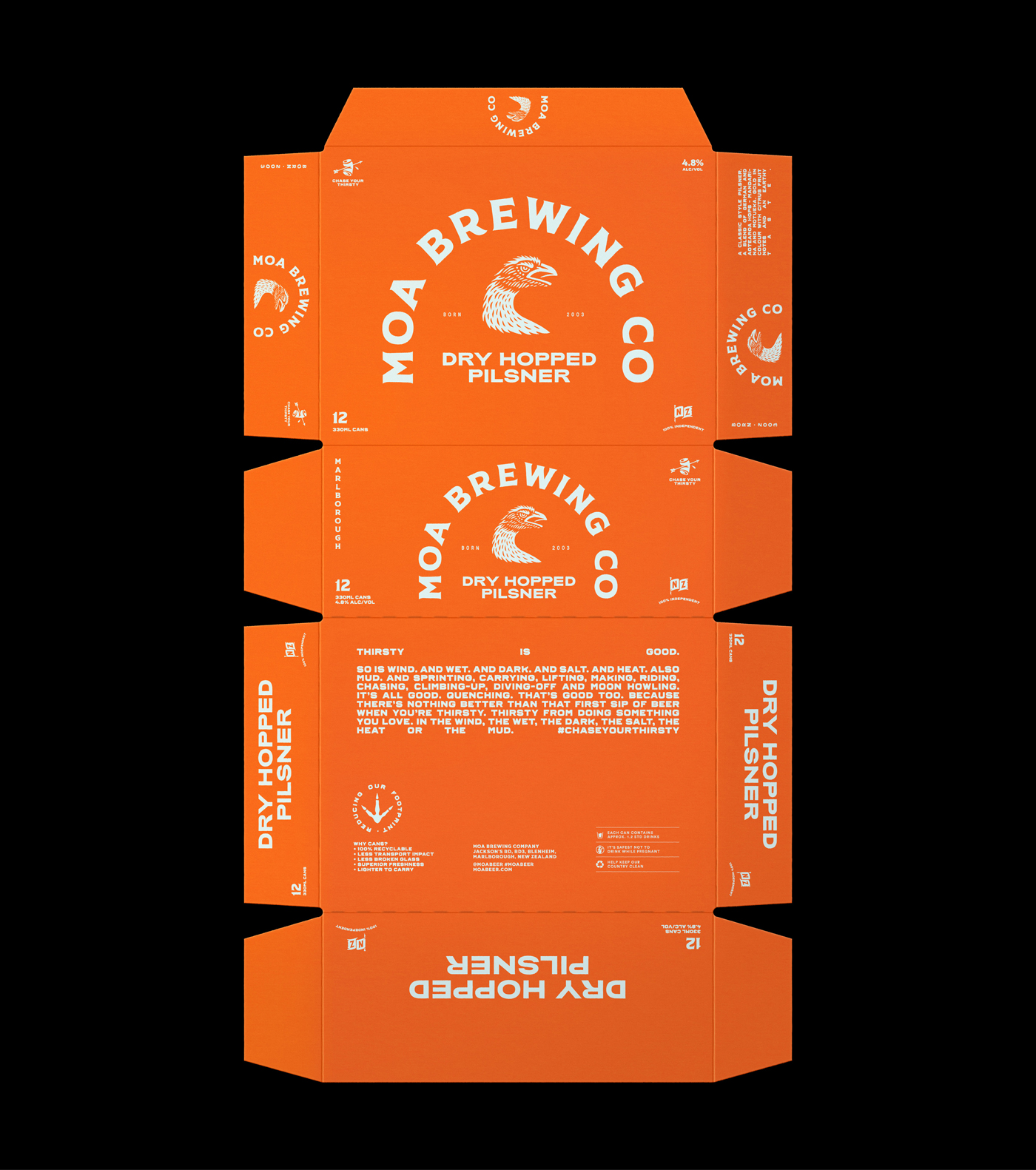 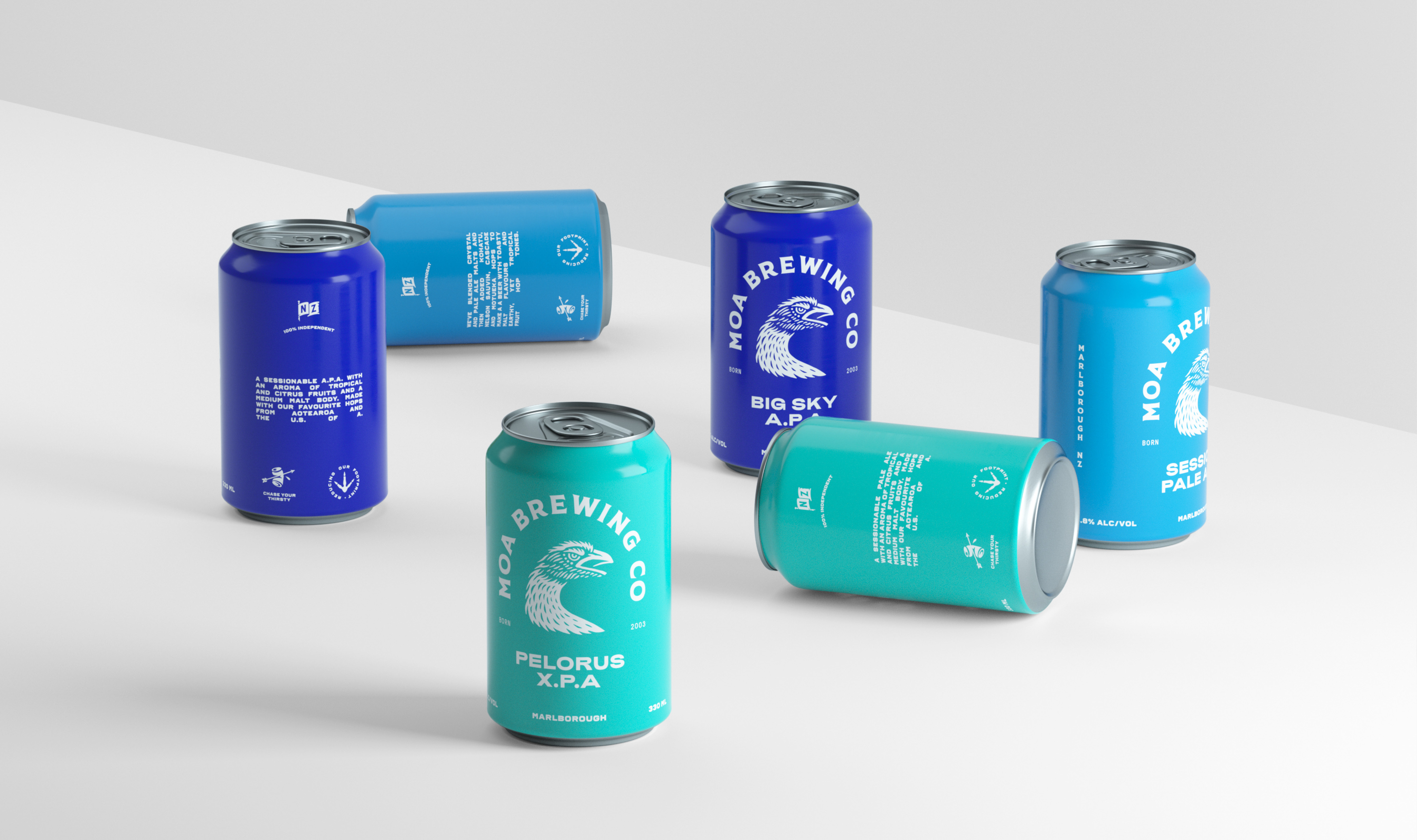 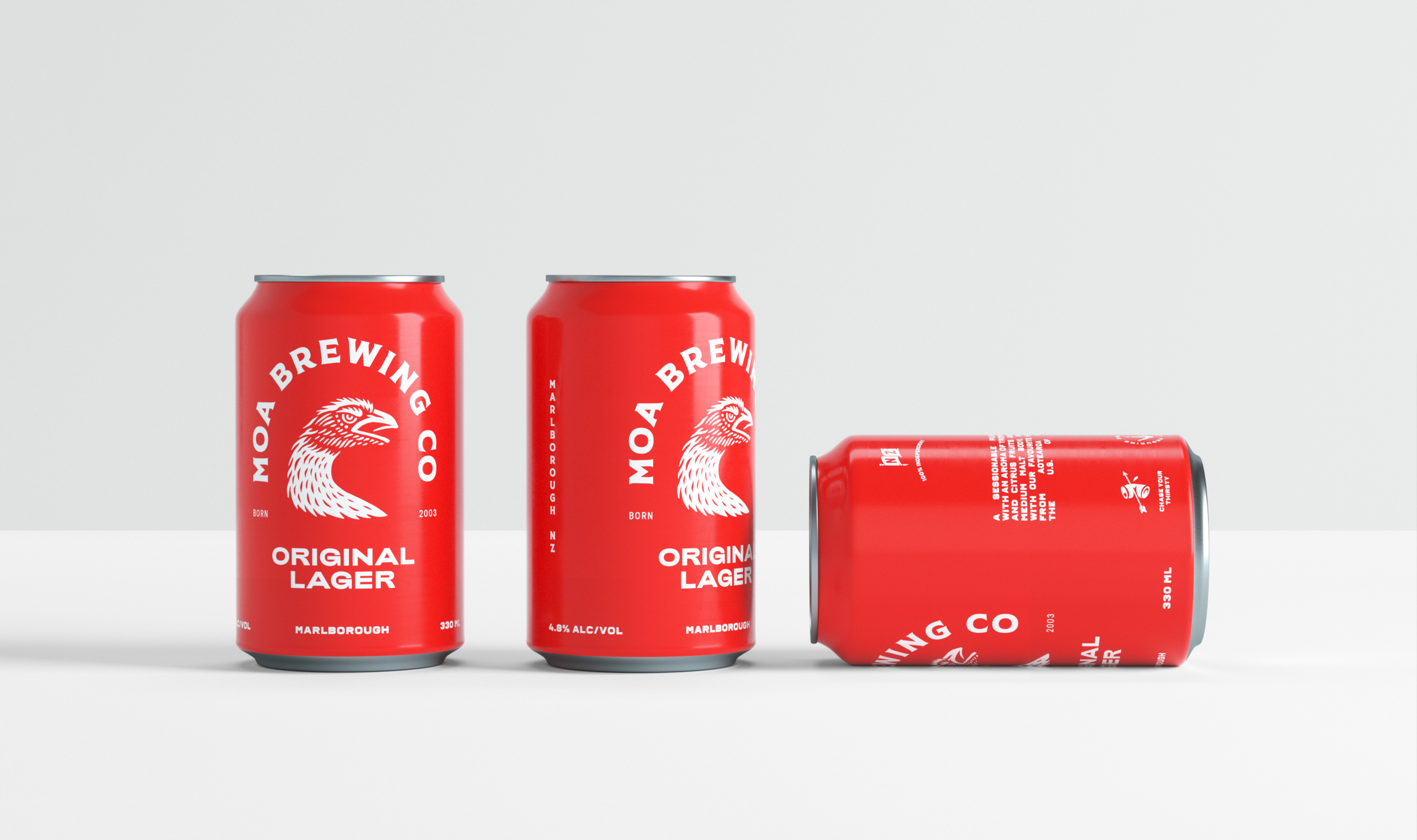 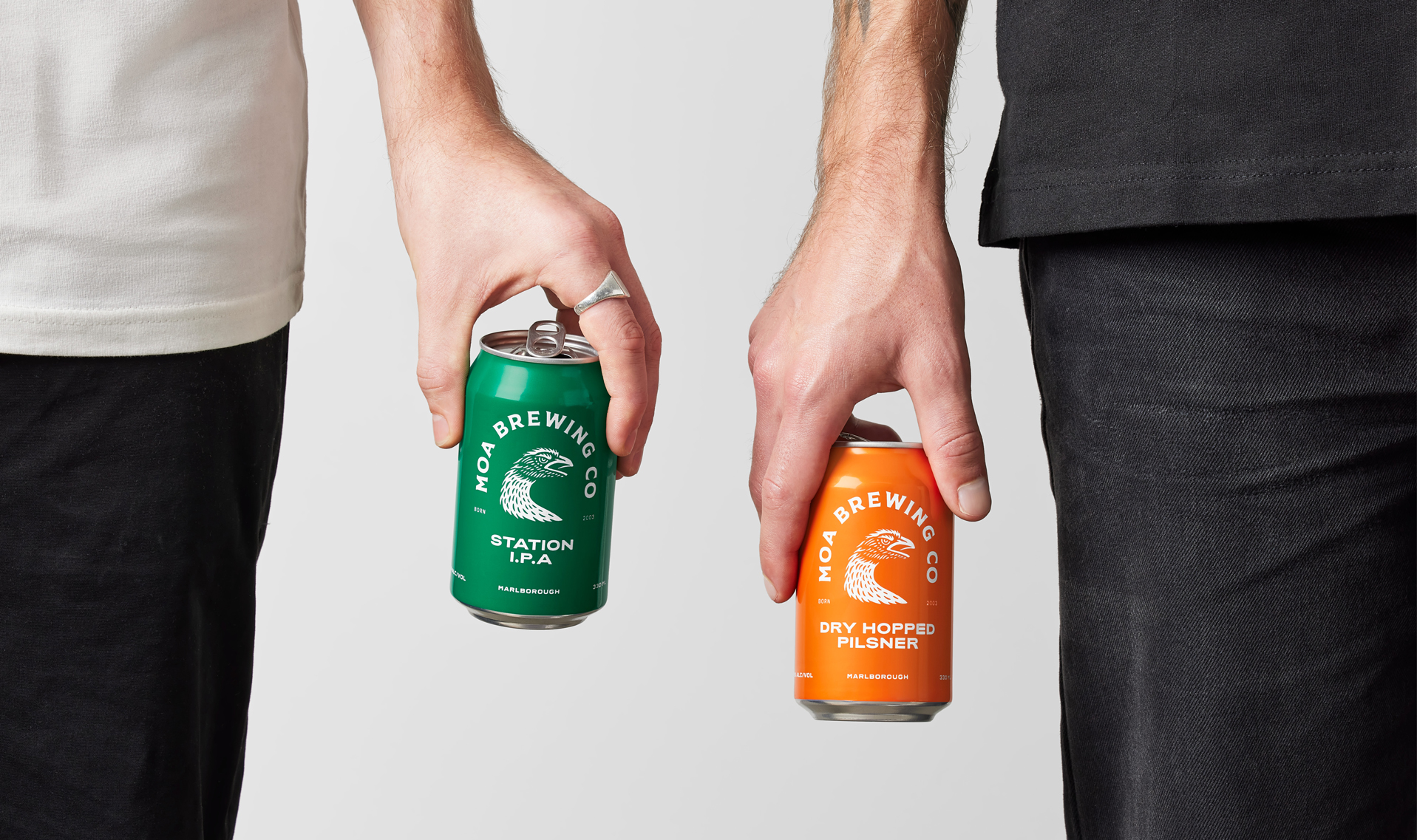 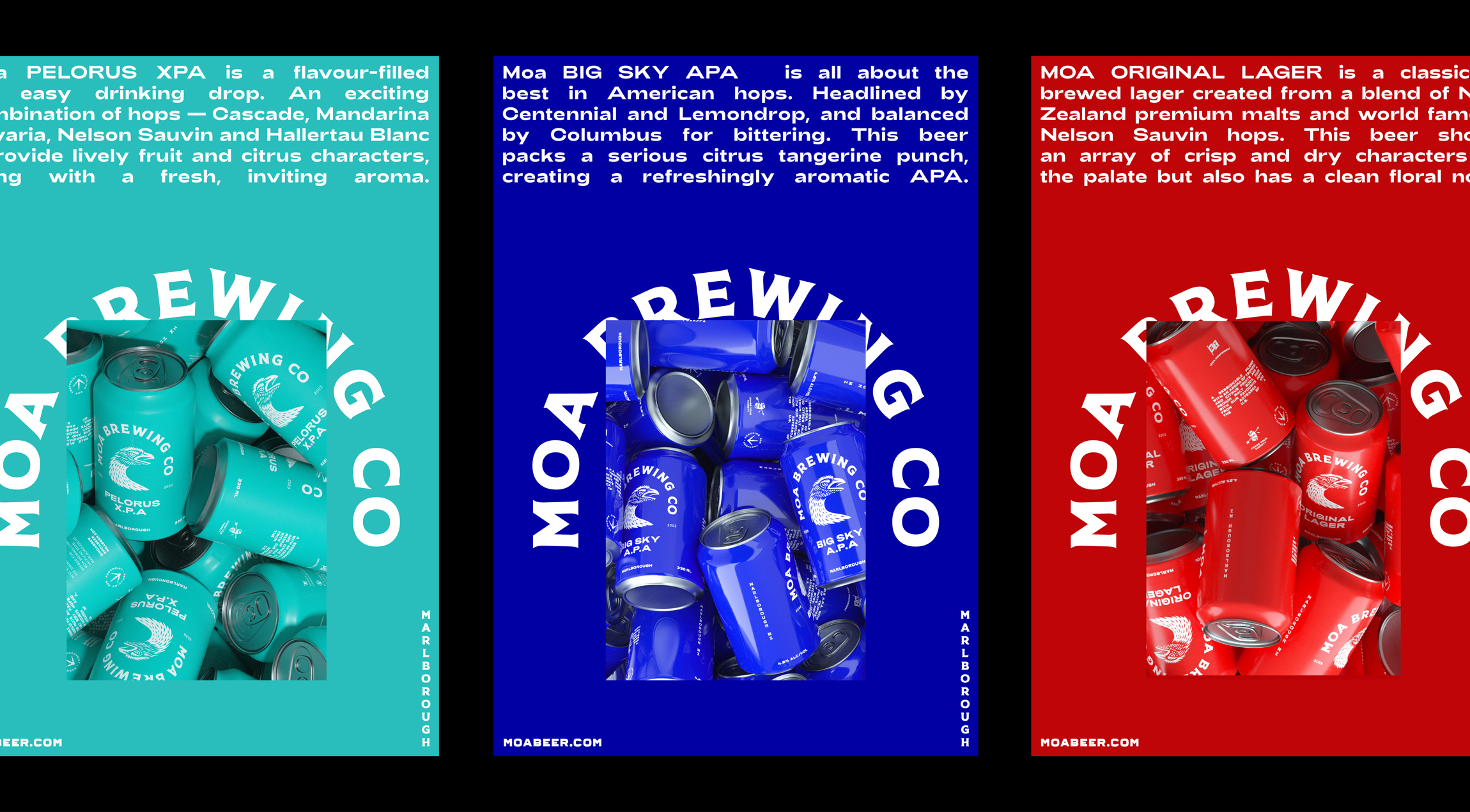 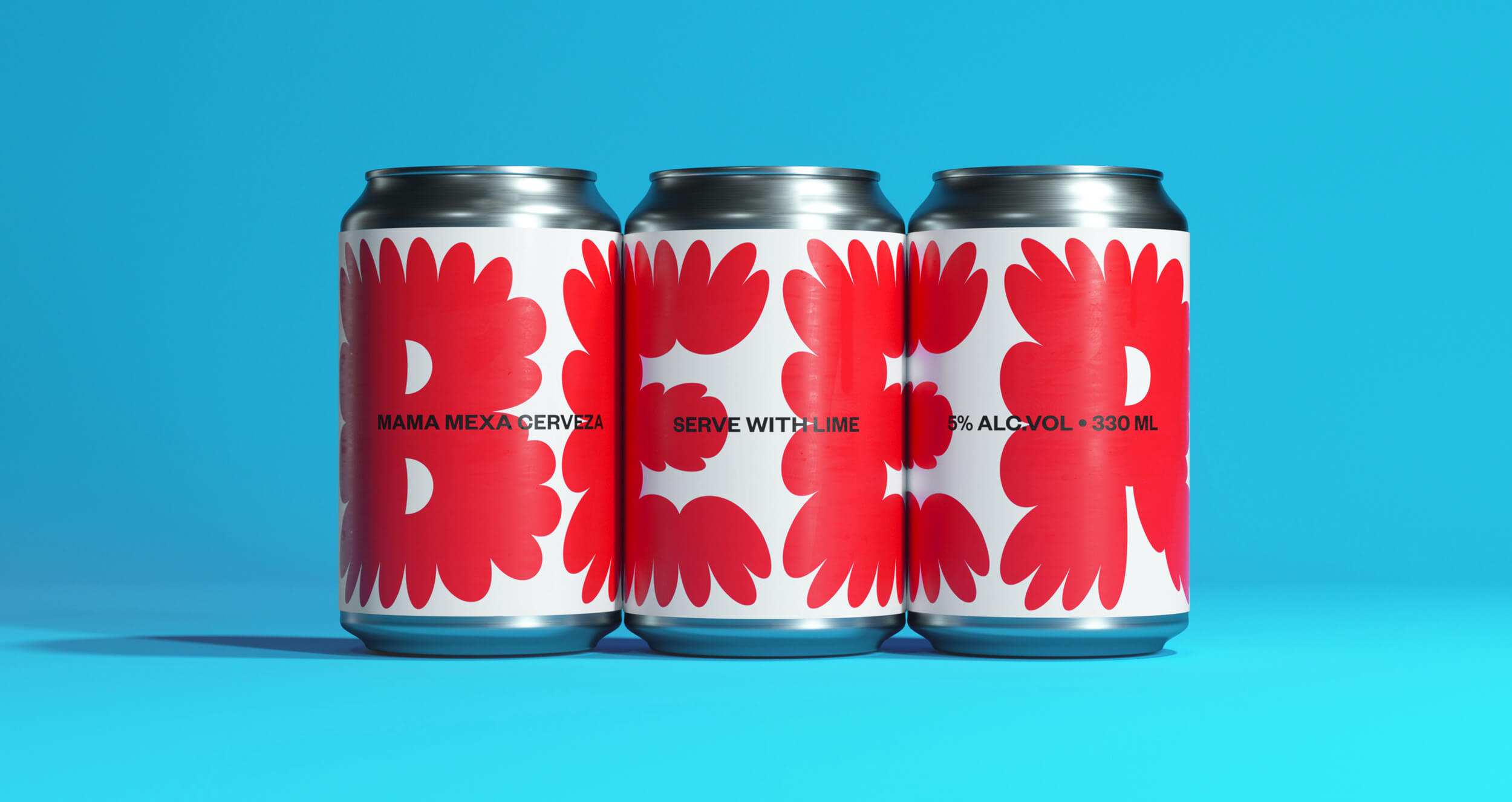 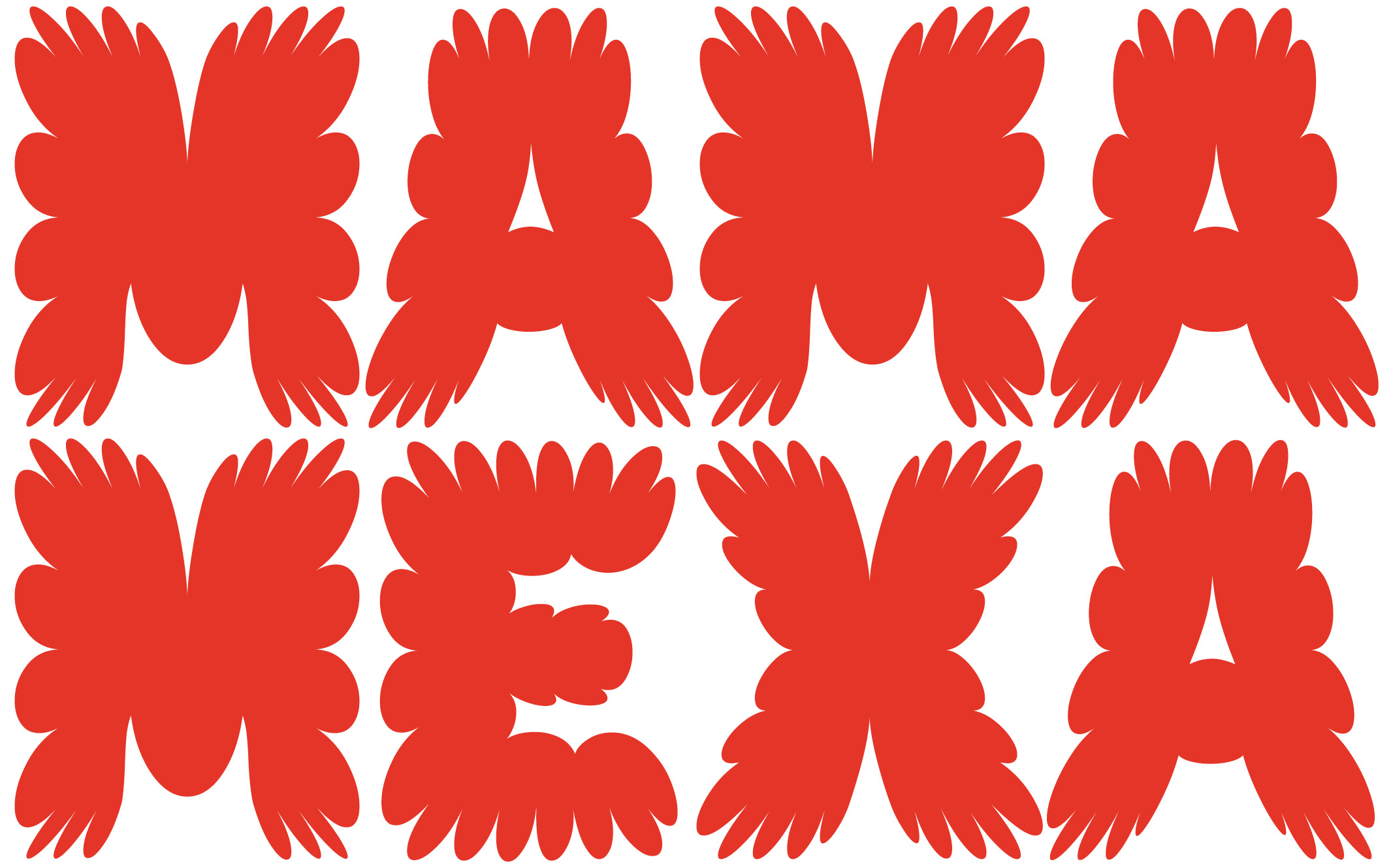 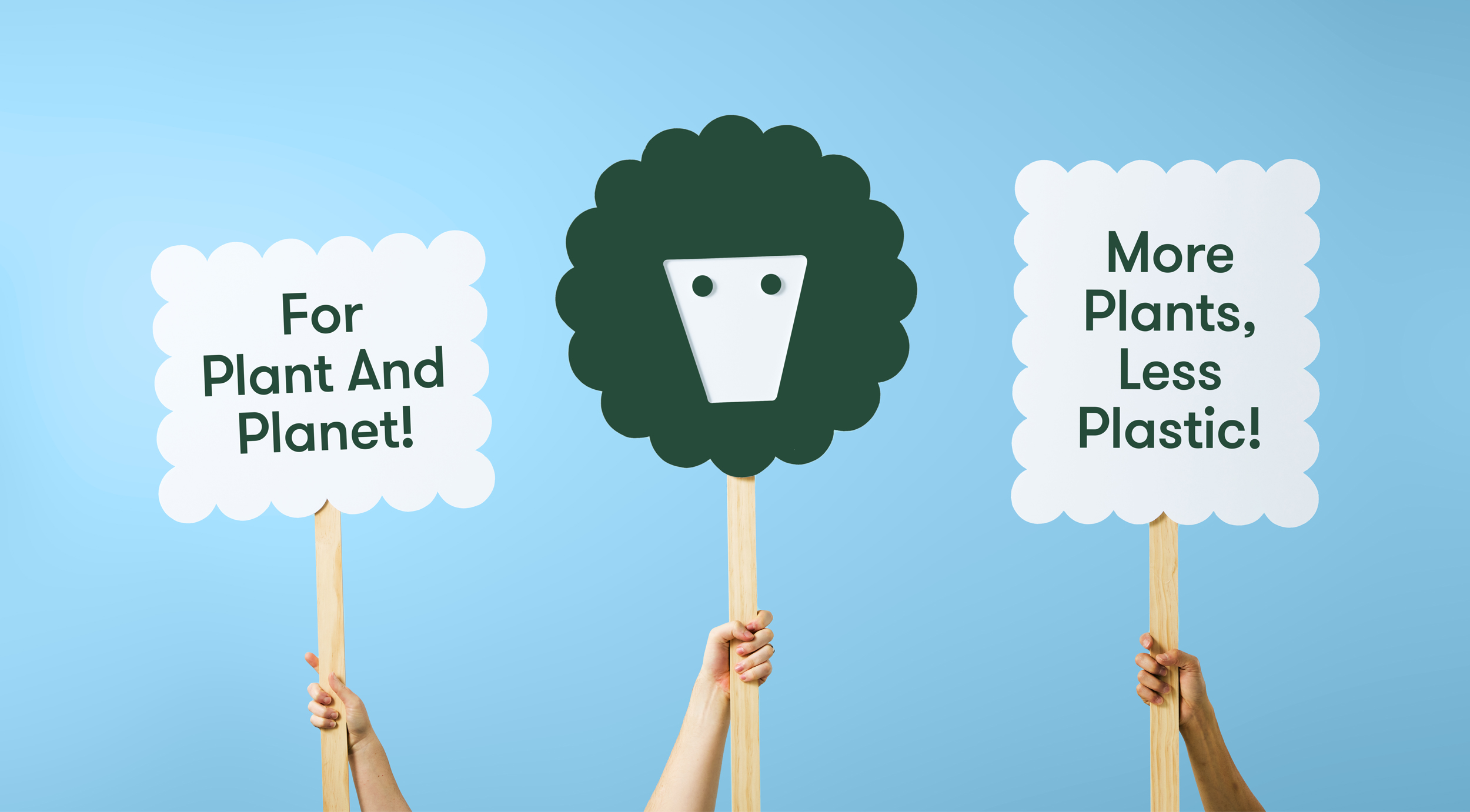 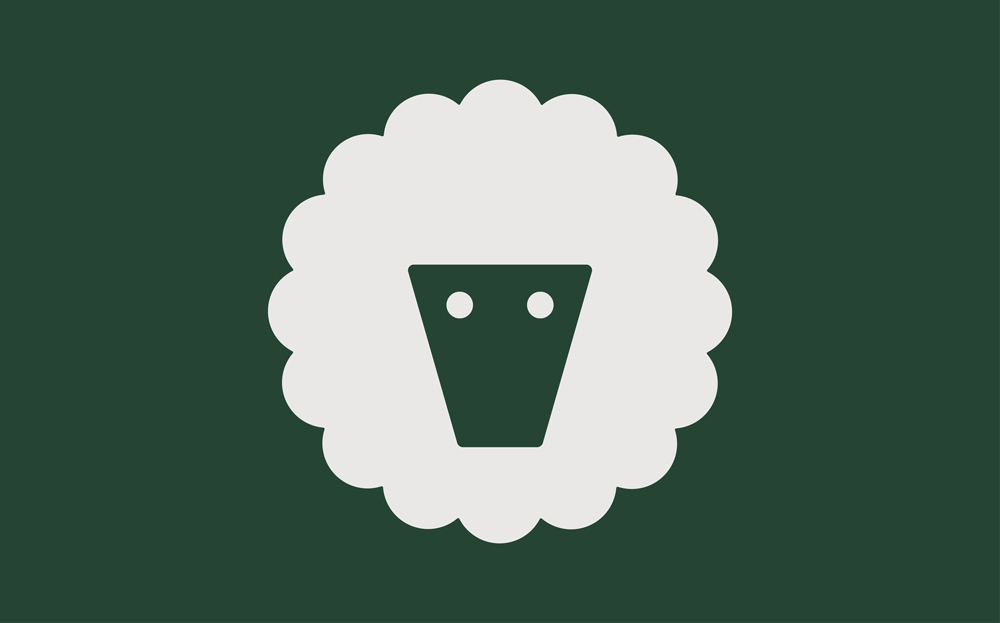 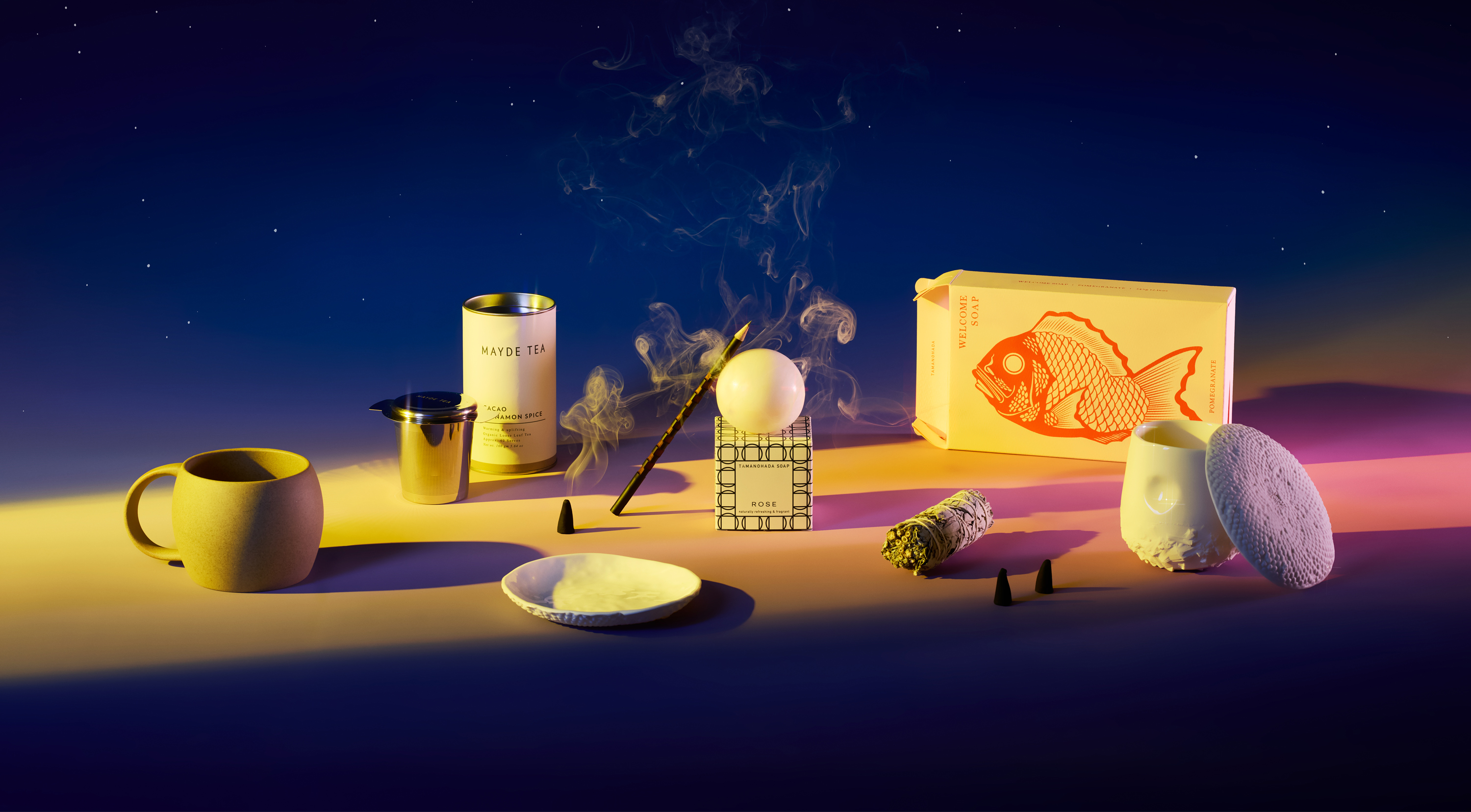 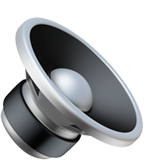